This post was originally written as part of a series of assignments for my Introduction to Social Media class at Algonquin College.

I dabbled in photography twice in the 90s — first for a course at university, and second as part of the graphic design program at Seneca College. Both times were using film cameras, and while I really did enjoy the process of taking pictures, I really didn’t know what to do with them once I had them. Once you factored in the constant costs of processing and printing film, it became kind of hard to justify if they were all just going to sit in a box on a shelf in my office, never to be seen again. So, each time, my excitement for the medium faded and the camera was put away again.

I bought my first digital camera in 2004. I was art directing a new independent magazine with a couple of friends, and needed an easy way to get images for some of the articles without having to hit up all of my photographer friends for too many freebies. I tinkered with this new toy off and on over the next year, enamoured but again not entirely sure what to do with it. And then, I discovered Flickr…

Flickr first launched in February of 2004, but I didn’t join until early the next year. Flickr began its life more as a image storage site, which was handy enough, but it was the more social features of the site that really helped me bloom as a photographer. First was the ability of other Flickr users to comment on your photos, which made it easy to get feedback. Next was the ability to “follow” other photographers, and to maintain a curated stream of their images, all the better to keep an eye on people whose style I appreciated, or wanted to emulate, so I could learn what I could from them. Considering that by 2013 Flickr had 87 million registered users who were uploading over 3.5 million new photos every day, that was an absurdly large pool of inspiration to draw from.

But one of the greatest features of the site, in my opinion, was Groups. It seemed like there were groups for almost every conceivable photography niche — Night Photography, Night Photography in Spain, Night Photography of Ducks in Madrid Taken on a Tuesday — and if there wasn’t a group for it already, you could make one. You could join a group, upload images to the Group Photo Pool, engage other members in the group Discussions. For a photography nerd such as myself who didn’t know many other photography nerds in real life, it was heaven. And being a member of various groups pushed me to take more photos, and to experiment in a lot of ways that I might not have just on my own. 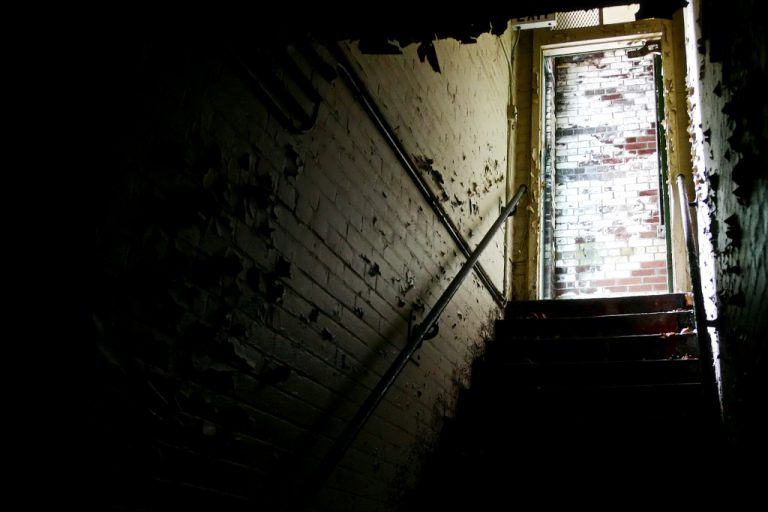 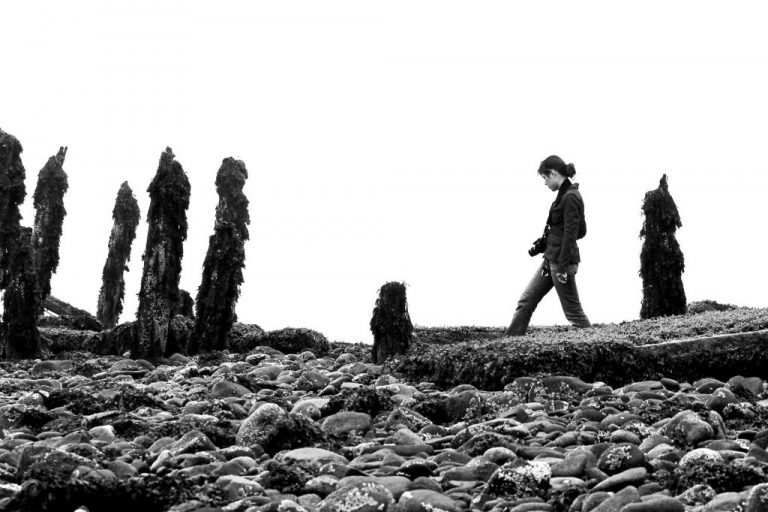 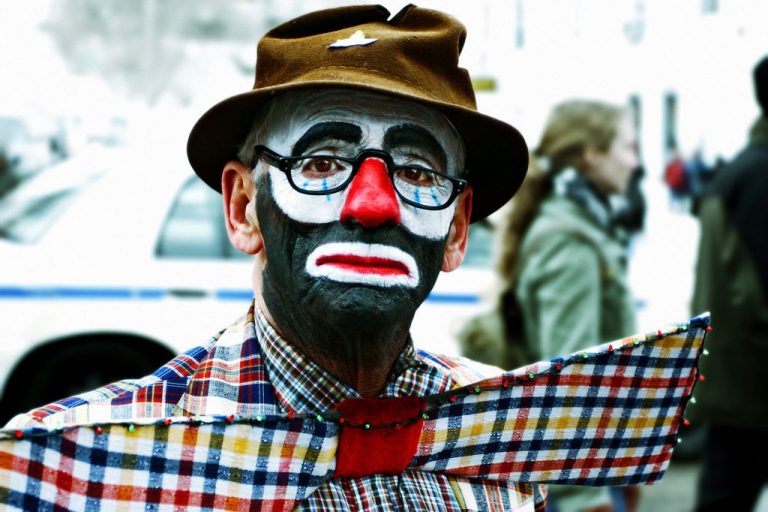 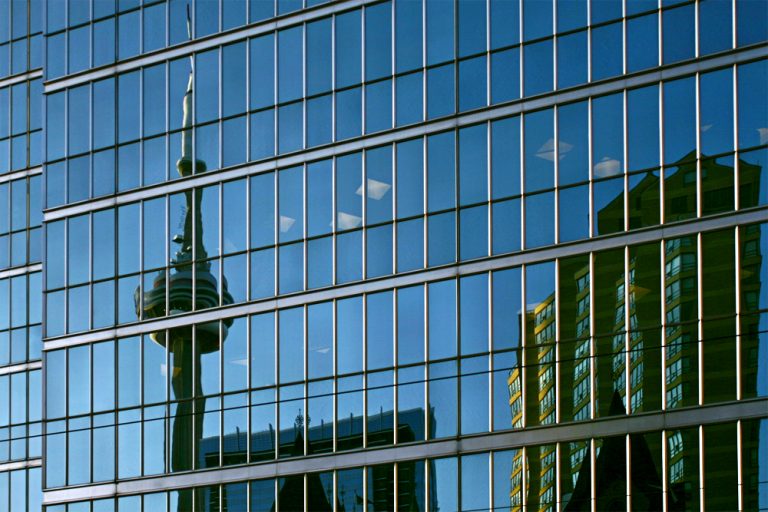 The next big step in my journey as a photographer was beginning to use off-camera lighting. In my estimation, the images of people that I took in my early days were okay, with the occasional gem. Unfortunately, those gems were a often hard to come by, and it seemed like they were very dependent on specific circumstances that I wasn’t always able to control. In portrait photography, I was a really big fan of Annie Leibowitz and Mark Seliger, and what specifically drew me to their images was the control that they had over everything. It was that control that I was in search of.

Which led me to The Strobist. The Strobist is the blog of newspaper photographer David Hobby. David uses his blog to teach about lighting, and how to achieve fantastic-looking images without spending a whole lot of money. When I first came across his early posts about lighting, and how to put together a setup on the cheap, I knew that this was definitely the place for me. So I began to experiment on the most available subject I could find — myself! 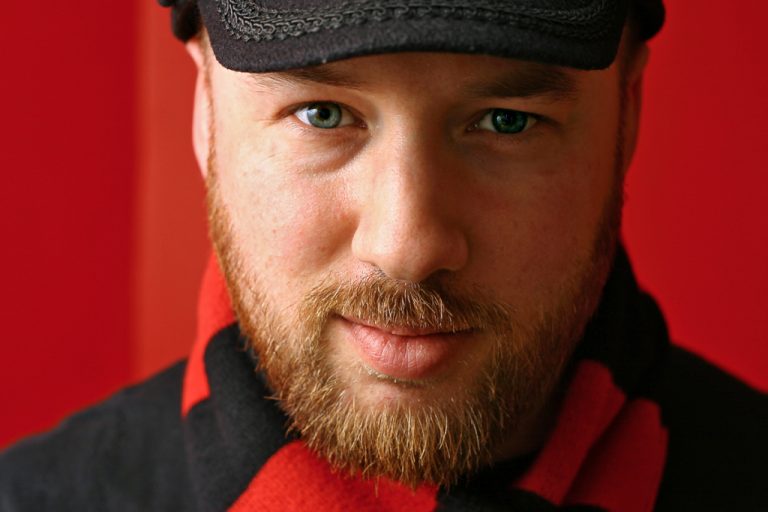 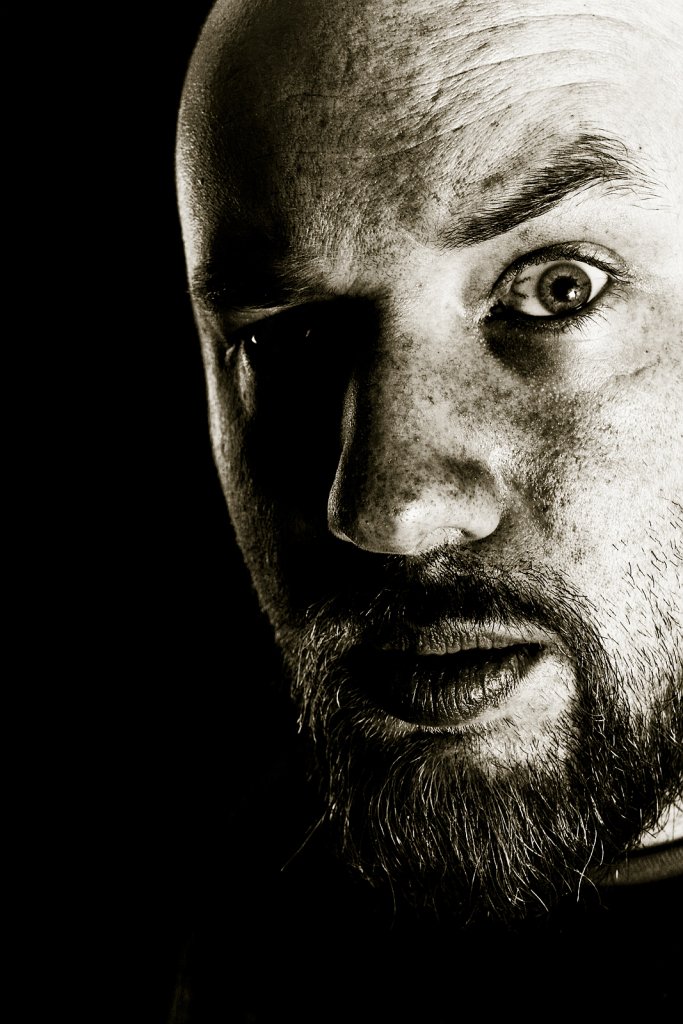 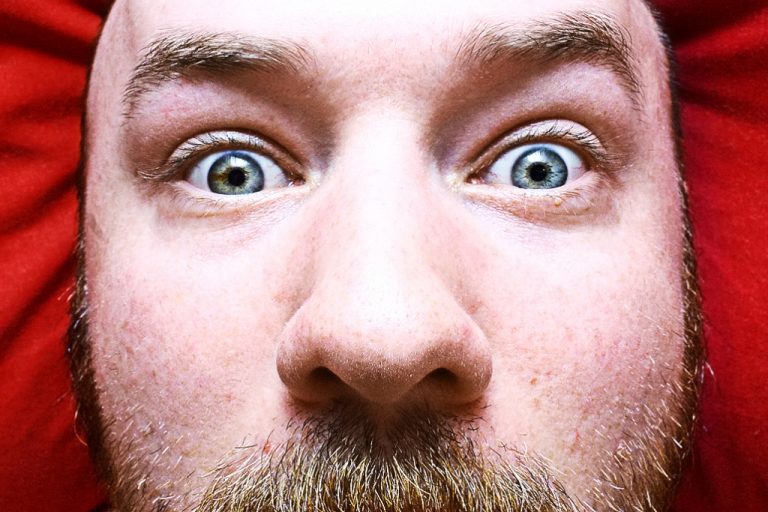 Photos of me, by me. Primarily for me

After a long while of practicing on myself, my dog and a handful of my friends, I felt I had fine-tuned my technique at least enough to move up to subjects that had a bit more polish. This is about the time that I discovered the final piece of my puzzle — Model Mayhem. Model Mayhem is a portfolio website for photographers, models, makeup artists, hair stylists, etc. Accompanying the portfolios is an incredibly robust search function that allows the user to narrow focus down to fairly specific criteria. There is also a Casting Calls section, an area for users to post call outs to the rest of the site for whatever it is they are looking for: photographers looking for models, models looking for hair and make-up stylists. Once I had set up my account and filled out my portfolio, I started browsing the Casting Calls and managed to meet up with a few pretty spectacular models who were game to experiment. Being able to get together with other creative people, and to work together to bring a combined vision to my photographs — not to mention the practice of doing all of this with the added pressure of an audience — was really quite instrumental in allowing me to hone my craft. 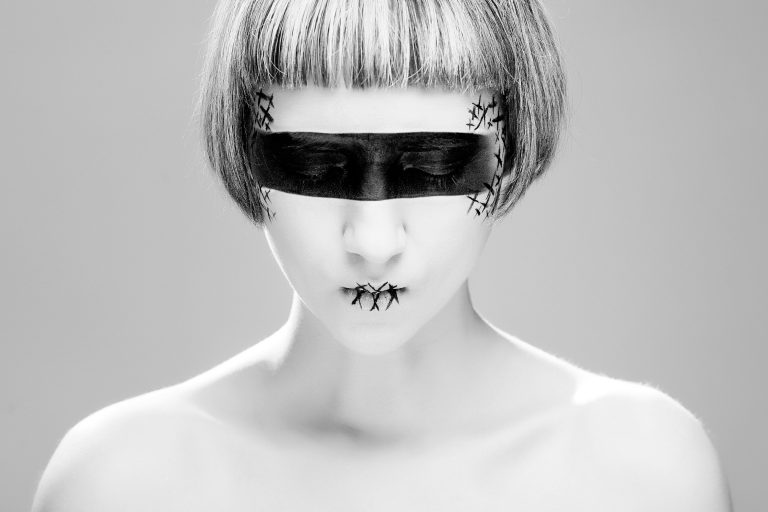 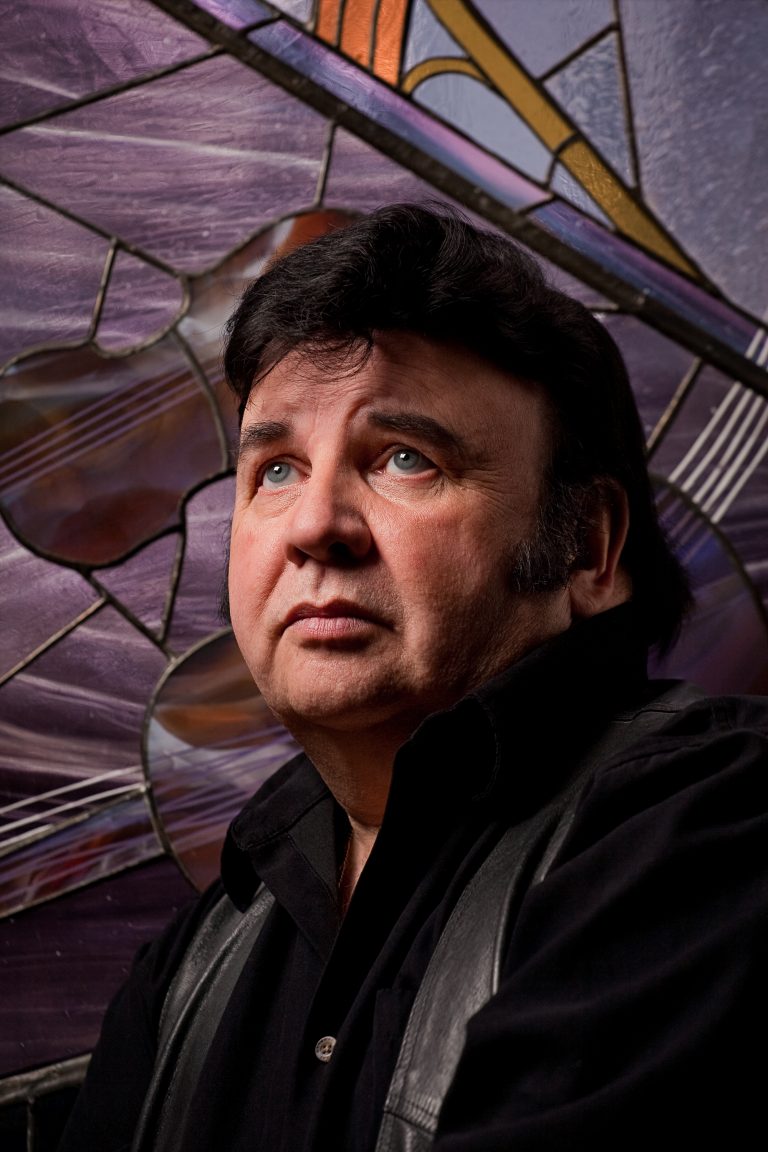 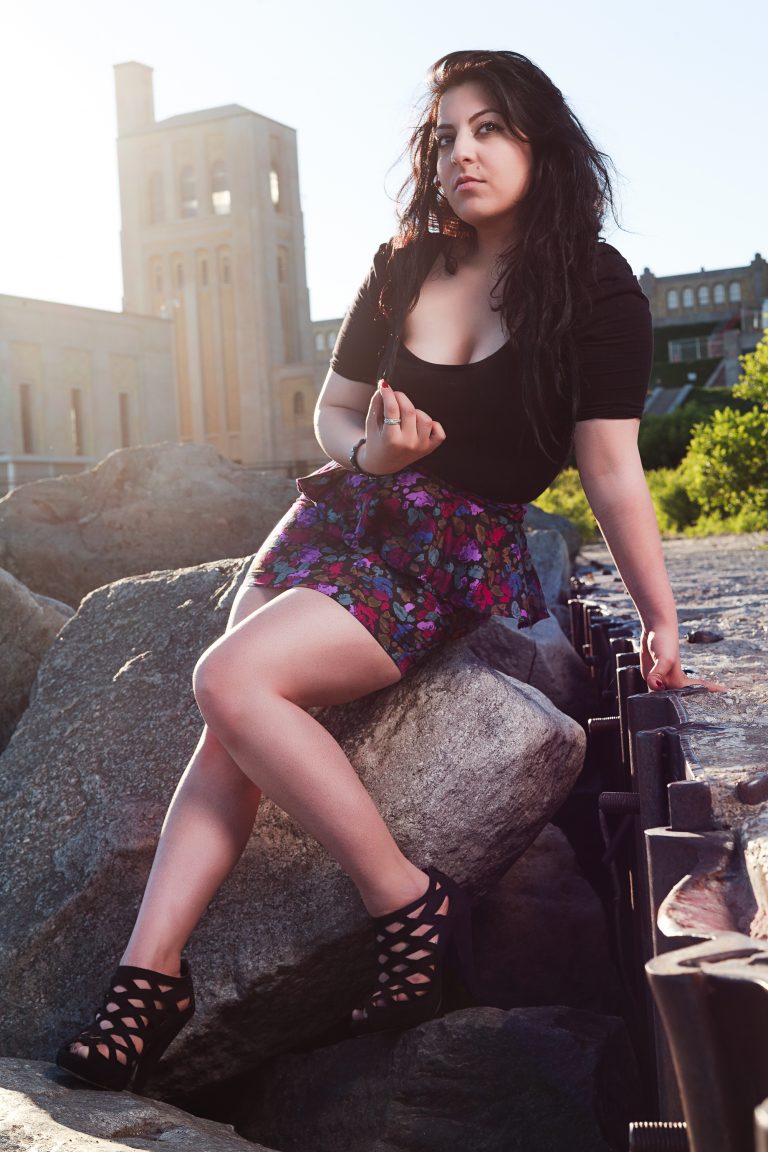 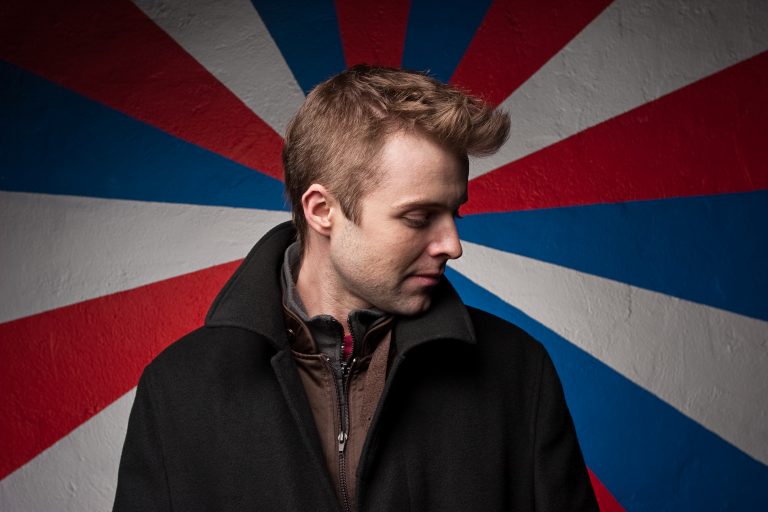 Feeling much more comfortable with my camera, with lighting, and with strangers. Photos by me.

I have a bit of a mixed relationship with social media. I have been a Twitterer since 2008, yet have only mustered a measly 18 tweets in total, the last one being in July of 2016. I have been on Facebook since 2007, and while I have in general been much more prolific there, I still have not updated since the birth of my son a year ago. But, while I may be a little blasé about social media’s place in my social life currently, I absolutely do credit it for guiding me in my passion, and I honestly don’t imagine I would be half the photographer I am today without those three stepping stones to guide me.

Feel free to comment below and let me know what sites have helped to guide you to your passion.

FACEBOOK:
The three websites that made me a photographer (no guarantees that they will do the same for you, though): [bit.ly link]

TWITTER:
The three websites that made me a photographer (no guarantees that they will do the same for you, though): [bit.ly link]

Moving at the Speed of Social Media
POSTS